St. John’s Shelter, an outreach program serving homeless families in Washington County is now 32 years old.  It continues to reach out to the extended community by providing an important social service in a manner that is financially responsible and that effectively promotes a Christian vision. 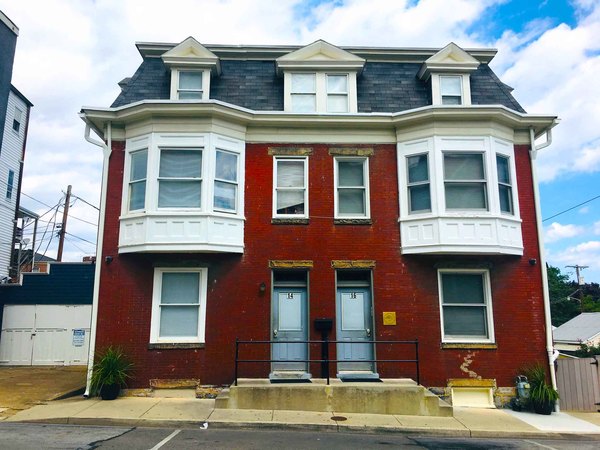 In 1985 under the leadership of the then rector, Reverend Canon John Diehl and parishioner Joyce Chabot, a past president of the Shelter, St. John’s Episcopal Parish had a capital campaign that raised more than $150,000. One-third of the total was earmarked for an unspecified outreach project.  A committee was appointed to determine what that project was to be.  Wisely the committee sought outside advice in determining a pressing community social need that would be within the financial and volunteer resources of the parish to provide.  Having served on that committee, I well remember that everyone was astonished to learn that there were then about 500 homeless people in Washington County and of that number a considerable portion were families. We also learned that there was no shelter in Washington County that housed intact homeless families--fathers, mothers and children.

As the committee evaluated the competing proposals, it became evident that providing a shelter for homeless families would fulfill a vital community need and provide that need within the budget and volunteer resources of the parish. The committee unanimously agreed to start a homeless shelter.  St. John’s Shelter was then incorporated in February of 1986.

The first order of business was finding a suitable building to begin our operations. After some searching, the committee found a three-apartment building on Randolph Avenue in the downtown area of Hagerstown. The building was located across the street from the then social services office of the Washington County Council of Churches and within a short walking distance to the Washington County Social Services office. The price was within our means to afford, so the building was purchased. 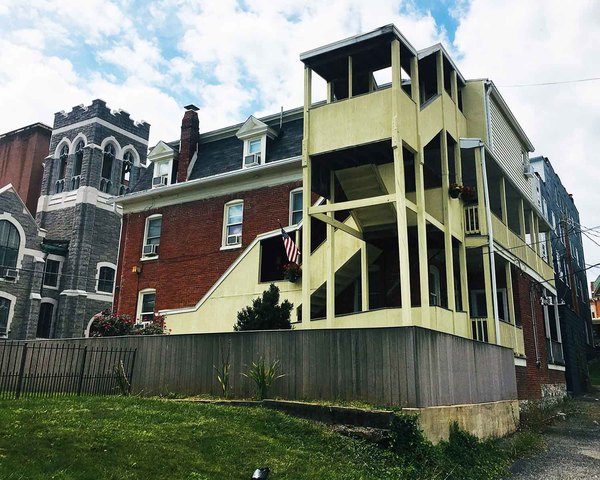 The committee at first considered making a down payment on the property and holding a mortgage for the balance of the purchase price.  However, some astute members suggested that the property be purchased outright.  With the funds that were available, we could purchase the building, allocate funds to do the necessary renovations and have enough remaining to operate for about a year. We did just that. It was a very wise decision. Never did we have to worry about meeting a mortgage payment and or having our building repossessed. Even in the worst of circumstances we could always sell our unencumbered property and return to the parish most, if not all, of the money given to us.

After some renovations, mostly to upgrade the electrical system and provide a new furnace, St. John’s Shelter was ready to begin housing homeless families.

Almost concurrent with the search for a suitable building, a search was initiated to find a caretaker, preferably a caretaker couple, whose responsibilities would be to care for the building and provide the basic needs for the client families. A couple able to relate well with the client families and maintain a disciplined operation was hired.  In return for their services, the caretakers were given an apartment and utilities free of cost to them, an arrangement that we still maintain with the caretakers.

Now we had a three-apartment building with caretakers occupying one apartment and two apartments available for homeless families.  We were ready for business and on April 15, 1987 our first homeless family moved in.

In 1996 we had an opportunity to purchase the property adjoining our original building.  That property was purchased and renovated from a single-family dwelling into a handicapped accessible, three apartment shelter facility.  The majority of the costs were paid utilizing government and private grant money with the net encumbrance to Shelter being a $109 monthly mortgage payment.  [This mortgage encumbrance was fully paid off in February of 2019.]   Now five apartments were available for homeless families.  In 2007 the original facility was completely refurbished and abated of lead paint with most of the costs paid with Community Development Block Grant funds.

Since our first family came to us in April of 1987, we have provided shelter for approximately 600 families.   Because the Shelter is a mostly volunteer organization with no large fixed personnel expenses, the total provided bed-night cost in 2018 was $5.16, almost certainly the lowest bed-night cost by a large margin of any homeless shelter in Maryland.  In 2018, 20 families were sheltered, consisting of 77individuals [32 adults and 44 children] and 5,416 bed nights of housing were provided.

The shelter program has truly been blessed.  We have endeavored to be true and faithful Christian servants in providing an outreach ministry of caring and compassionate help to those families of our community in need of shelter.   In so doing it is our belief that we have served well that admonition of St Francis of Assisi to at all times preach the Gospel, using words only as necessary.   It is our hope that we will be able to fulfill that prescription of Christian outreach for many more years to come.